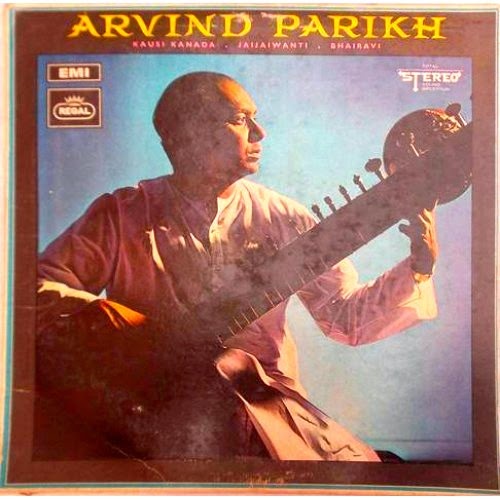 Pt. Arvind Parikh, an important figure of Indian Classical Music, specially in the history of the famous Etawah Gharana, is the eminent musician, musicologist and the senior most disciple of Sitar legend Ustad Vilayat Khan.

Arvind parikh was born in Ahmedabad into a Gujrati Business Family with cultural and spiritual influences. His father was a business man and mother was a gifted painter. Parikh inherited business acumen from father and artistic streak from his mother. His primary and secondary education continued in a school which inculcated keen nationalism. In home he
was taught 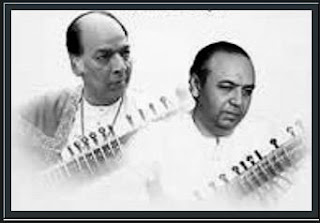 Indian music by well known musicians when he used to play several instruments like Dilruba, Violin, Mandolin, Jaltarang and flute. Later he started Sitar, which he found to be the most suitable medium for expressing his musical vision. In 1944, at the age of 17, he moved to Mumbai and started learning Sitar from sitar maestro Ustad Vilayat Khan. It was as per the Ustad's wish Parikh had ad
mission at the Bombay University, along with the music education from Khan. Parikh got admission in Elphinstone College, Bombay. His musical education continued uninte
rrupted throughout his performing career, from 1944 to 2004 until Ustad's demise.

Music Career:
Arvind Parikh is having a performing career spanning over six decades. 60 long years of his close 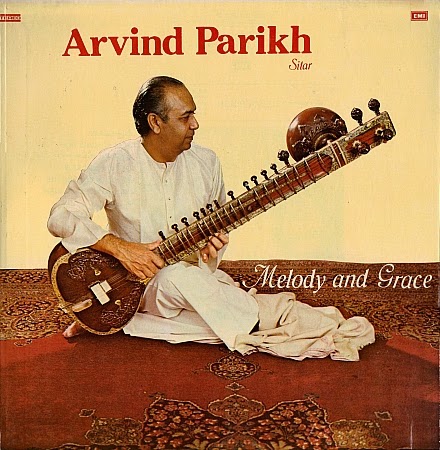 association with Vilayat Khan has made his encyclopedic knowledge on Sitar and Vilayat Khani Baaj. Association with different learned musicians and vocalists helped him in his research work on different rare ragas and compositions. B.R.Deodhar, Latafat Hussain Khan, Amir Khan, Niyaz Ahmad-Faiyaz Ahmad Khan, D.T.Joshi, Radhika Mohan Maitra need special mention here. He has performed all over the country and throughout the globe. He has been featured at almost all major festivals of music in India and in Europe, and has had very successful concert tours in several parts of West Asia, Far East and Australasia. Additionally, Parikh is a regular broadcaster on All India Radio. His soulful, contemplative, meditative and introspective approach towards music, huge collection of authentic Bandishes (compositions), scientific approach of teaching have won critical acclaim and the respect of the cognoscenti in India and abroad. Parikh has numerous students around the globe including celebrated musicologist Deepak Raja, music director Tushar Bhatia, sitarists like Rafat Khan Niyazi, Vinayak Chitter, Ramprapanna Bhattacharya, Abhik M
ukherjee, Ganesh Mohan etc. His daughter Purvi also inherits music from her parents. Mrs. Parikh was disciple of Niyaz Ahmad-Faiyaz Ahmad Khan of Kirana Gharana. Parikh has documented most of the precious compositions and ragas. "Sitar Guru", "Bandish Parampara"published by Navras records UK are some of the testimonies of his work. 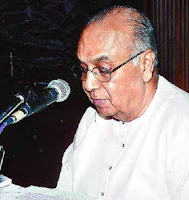 aimed at promoting the interests of Hindustani classical music within India and abroad. He was the vice president of International Music Council (UNESCO) during 1994-97 and his current position is Co-ordinator for the Indian sub-continent. He is the President of the Indian Musicological Society, Chairman of Western India Chapter of ITC-Sangeet Research Academy. Parikh conceived the unique idea of establishing a Forum at which all segments of the music world could meet to discuss issues of common interests. Music Forums are established in Mumbai, Chennai, Kolkata and Delhi. Parikh has evolved into the voice for performing artistes. He is currently spearheading an association of 12 icons of classical music, called All India Musicians’ Group (AIMG) - drawn from the Carnatic and Hindustani traditions (including Zakir Hussain, Hari Prasad Chaurasia, Shiv Kumar Sharma, Ravi Kiran, Rajan-Sajan Mishra), to create greater support in government, industry and the media for Indian classical music. 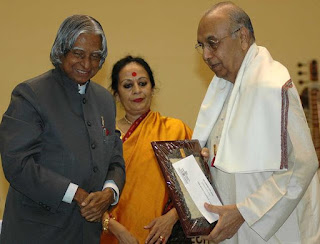 Parikh has been awarded the Gaurav Puraskar for the year 1997-98 by the Gujarat State Sangeet Natak Academy. He has also been awarded the National Award by Sangeet
Natak Akademi for Instrumental music (sitar) for the year 2003. He is Top grade artis
t and a regular broadcaster of All India Radio for several decades.
We was conferred with Sangeet Natak Academy Fellowship and Padma Bhushan award in the year 2018.

Parikh has handled the pursuits of business and music simultaneously. Over the last 6 decades, as a pioneer in the freight forwarding industry, Parikh's business is a complex, multi-modal logistics provider in 51 Indian cities linked to the world. Its latest joint venture with Deutsche Post and DHL as DHL Lemuir Logistics Pvt. Ltd, could turn into one of India’s largest logistics companies. He is chairman of all-india organization in the field of transportation. Parikh is a director of the foremost travel and tourism company in the country, also of his family owned group of company involved in printing accessories 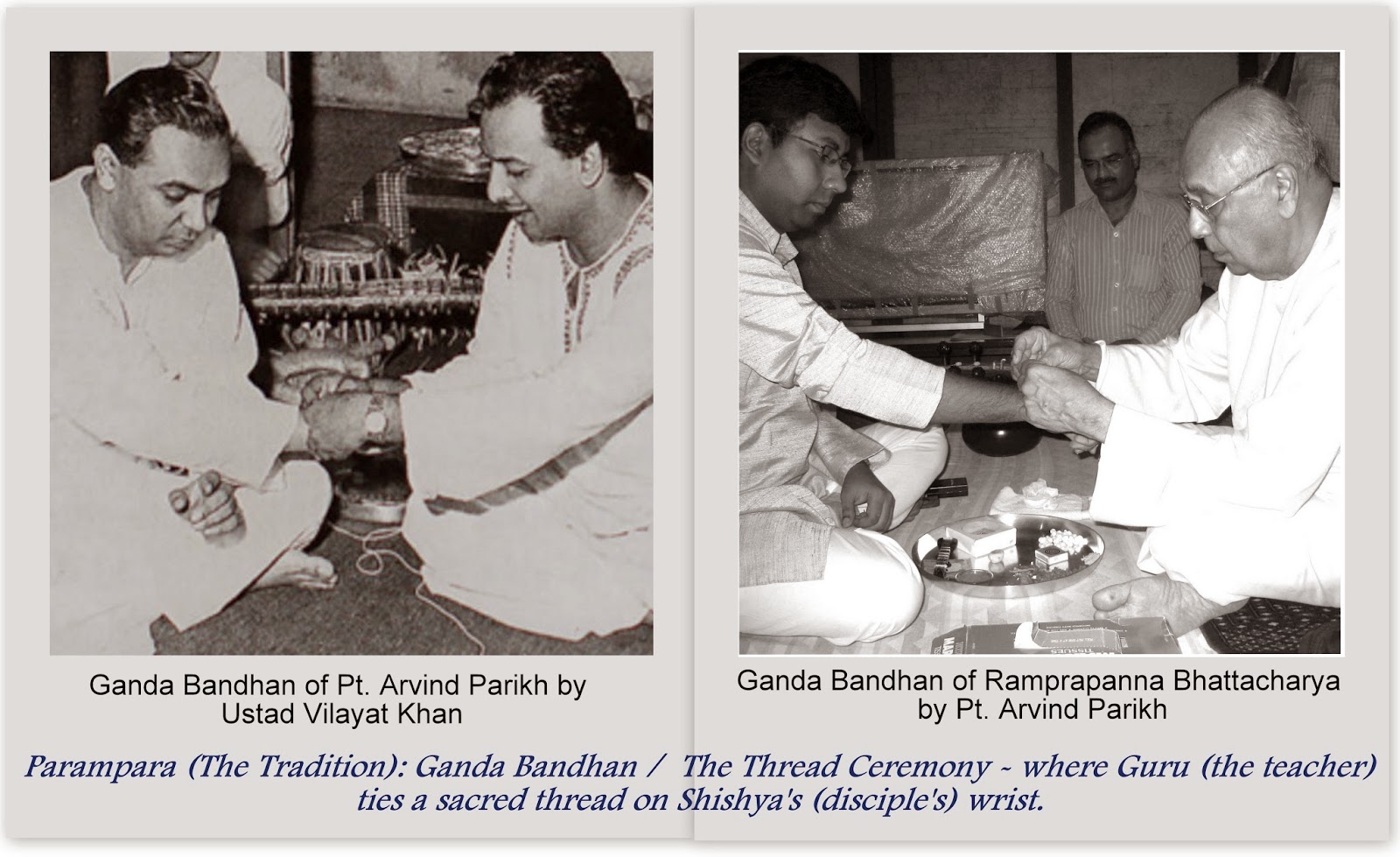 Further reading
The Autobiography of Arvind Parikh: The Raga of My Life.